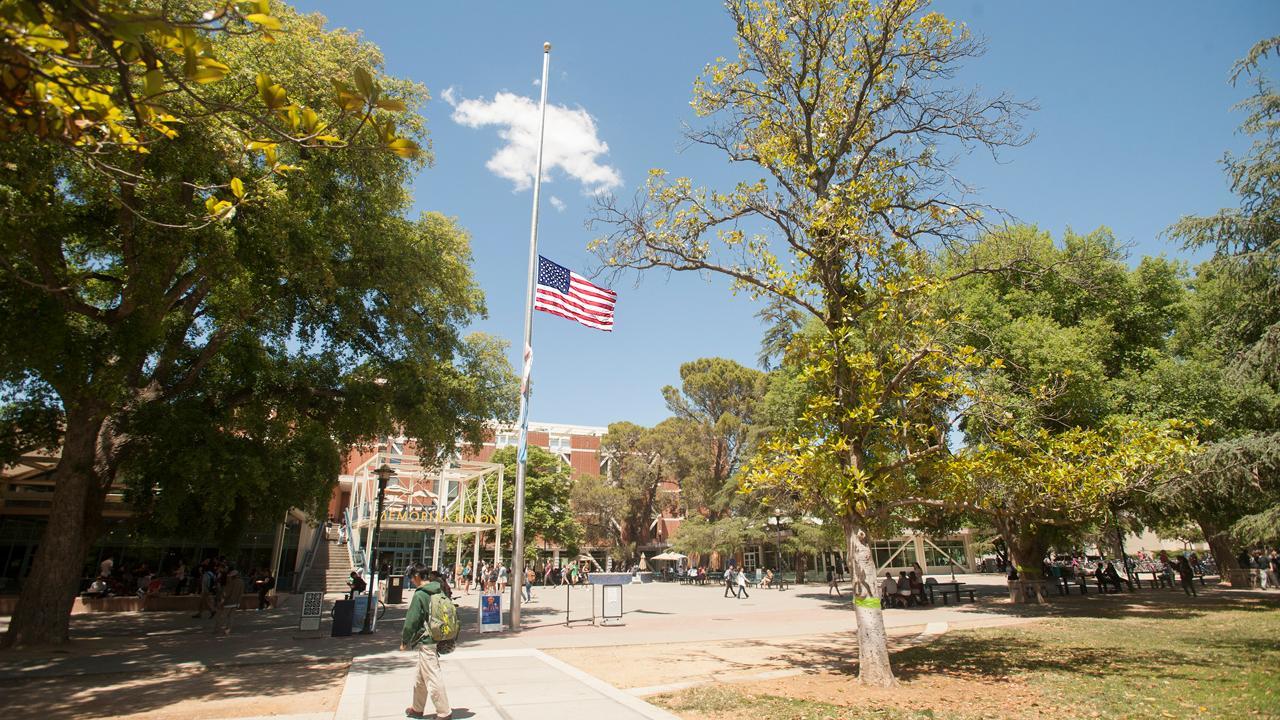 In Honor of Representative Jackie Walorski

Per presidential proclamation, the American flag, California flag and the University of California flag are flown at half-staff at the Memorial Union, Mrak Hall and the UC Davis Airport in honor of Representative Jackie Walorski.

Image of flagpole on UC Davis quad with United States flag at half-staff.

In Memoriam of Sakinah Williams

In Memoriam of Deborah Nevis